A Pilot's Story - Interview with Will Hawkins and Rico Sharqaui 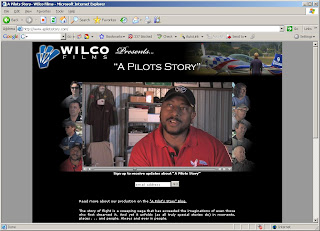 These are the show notes to an audio episode. You can listen online right here by clicking: http://media.libsyn.com/media/airspeed/AirspeedAPilotsStory1.mp3.

Here’s an early look at the production of the new independent film, A Pilot’s Story. Many of you know Will Hawkins from The Pilot’s Flight PodLog, but not many of you know him as the extraordinary filmmaker that he is. He and Rico are working on the film with release scheduled for 2009 or 2010.

And you might be able to have a say about that release date. This is a labor of love. The aviation documentary is a largely untested genre, the success of One Six Right notwithstanding. And it’s not like there’s a lot of money around the economy for much of anything anyway.

But this is a film that needs to be made. Check out the interview with Will and Rico on this episode and then head to the film’s website and watch the trailer.

Then – and this is the important thing – scroll down and click the Donate button. Give what you can so that Will and Rico can complete this film. 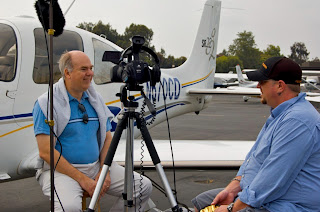 The story of flight is a sweeping saga that has exceeded the imaginations of even those who first dreamed it. And yet it unfolds (as all truly special stories do) in moments, places . . . and people. Always and ever in people.

Just above the heads of most of our brothers, sisters, coworkers, and neighbors there hang gossamer cathedrals of piled cotton below the cobalt dome of a perfect sky. But fewer than one in 500 will ever experience this through the front window of a flying machine. A Pilot's Story seeks out the special few who have answered the call of the skies, those with the discipline, aptitude, and courage to become pilots. 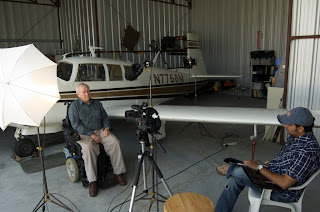 And the excitement that consumes pilots at the opportunity to share this world of aviation with non-pilots, airport communities, community leaders, and anyone else who will listen. 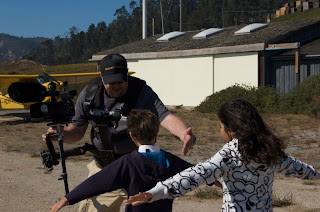 A Pilot's Story is a film for anyone who has sat all alone in an aircraft, firewalled the throttle, charged down the runway, and rotated. And especially for those who might if given the chance.

This is the story of the journey home. A Pilot's Story.
Posted by Stephen Force (Steve Tupper) at 5:55 PM