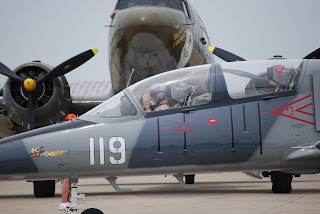 These are the show notes to an audio episode. If you want to listen online, please use the direct link below. http://media.libsyn.com/media/airspeed/AirspeedBrutsche.mp3.

Many of us go to airshows and love the prop-driven warbirds and the military jet team performances. But there’s a space in there that’s inhabited by a special breed of airplane and pilot. That’s the civilian-owned and operated jet warbird.

One such jet warbird is the L-39 Albatross. It’s a high-performance jet trainer developed in Czechoslovakia during the 1960s to replace the L-29. It was the first of the second-generation jet trainers, and the first turbofan-powered trainer produced. 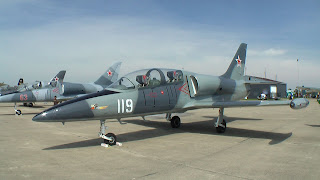 And the pilot of one such jet warbird is Tim Brutsche, callsign “Dawg.” He has been flying for 34 years, 12 years in jets, and holds an ATP certificate and instrument rating. He has 5,800 hours flying, including 800 hours in jets ,and he is also a certified instructor pilot and a qualified lead formation pilot. He’s also a Lt Col and check airman the Kellogg Senior Squadron of the Civil Air Patrol. 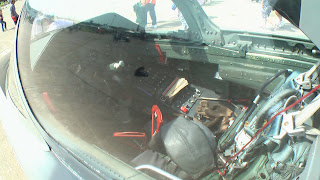 I met Tim several years ago and had the opportunity to talk to him briefly on the ramp at Battle Creek over Independence Day weekend last summer after he gave C/Lt Col Melanie Davis her incentive flight for the Civil Air Patrol’s Spaatz Award. Shortly after ICAS this year, I called Tim to see if I could talk him into sharing some of his experiences flying the L-39 with the Airspeed audience and he generously obliged.

Let’s go to the interview!

More information about The Hoppers, the L-39, and other people and organizations we discussed:

Wikipedia Entry on the L-39

Posted by Stephen Force (Steve Tupper) at 11:59 AM