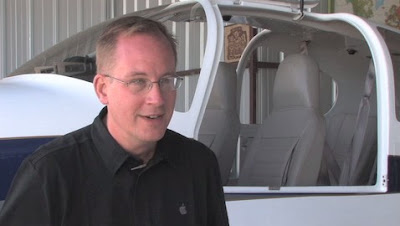 This is a regular blog post. Looking for show notes or links to show audio and video? Keep scrolling. It’s all here and it’s all free!

Not to go all meta on you people, but I thought it worthwhile to devote a post to the state of the aviation new-media community. And it’s an apt time because we’re expecting the whole thing to step up a level this year.

I’d like to pat myself on the back a little over the T-38 episode, which launched on 24 January. The episode raised the bar for video podcasting to broadcast- or near-broadcast quality. All HD and with more and better cameras than even Discovery Channel usually fields. And a depth of coverage unrivaled by broadcast or cable. I get the aircraft manuals ahead of time and arrive ready to fly the airplane. Not that I usually get to fly the airplane, but I’m ready to do so if given the opportunity. And the coverage benefits from that level of prep. 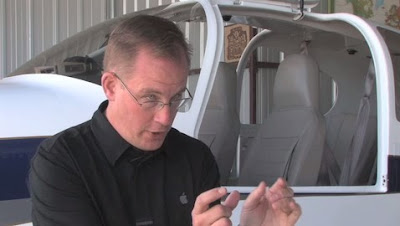 Later this summer, we’re going to get to see Wilco Films’ first feature, A Pilot’s Story. Will and Rico have been shooting footage for that film for something like three years. They finally put together enough funding to shoot the air-to-air sequences late last year and they now have the critical mass to put out the film. I can’t wait for you to see it. I’ve seen several rough-cut sequences and they’re magnificent. I can only imagine how they’re going to look on the big screen at AirVenture.

The frame grabs in this post are from my interview for A Pilot’s Story. We shot it in a hangar at the Watsonville airport (KWVI) in early October after Rico’s Thunderbird ride. I look pretty good for a guy who was still jetlagged and had just climbed out of an RV-8. But I found out that it’s sometimes hard to sit there and just let profound things spew from my lips. I can do that, but I’m much better with a script and lots of time to edit. Just be kind to me if my footage makes it into the film. 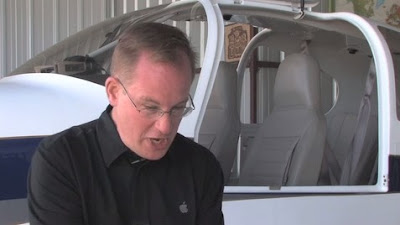 Last, but by no means least, I’m going to get Acro Camp done sometime soon and you’re going to get to see that film as well. I plan to release some extended sequences from the film in the Airspeed feed as I go, the better to whip you into a frenzy for the film by the time it comes out.

I leave this week for KMCO to get some hyper-close-up contact at Kennedy Space Center and talk to the Starfighters. Then I head back across the causeway to Space Coast Airport in Titusville for the TICO Airshow. And I’m taking the big bag of media equipment, so you can be reasonably assured that I’ll be capturing the whole experience for you.

When are you going to be at Kennedy? Maybe the Mrs. will let us sneak over there this Saturday. :)