Airshow Safety: The View from ICAS 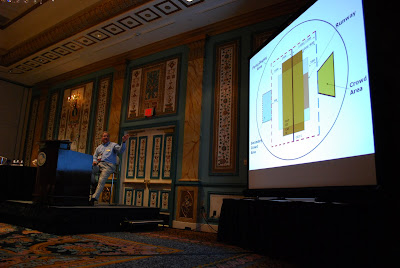 These are the show notes to an audio episode. You can listen to the show audio by clicking here: http://traffic.libsyn.com/airspeed/AirspeedICASCudahy01.mp3. Better yet, subscribe to Airspeed through iTunes or your other favorite podcatcher. It’s all free!

In the wake of a difficult weekend (and, indeed, a difficult season) for the airshow community, I asked John Cudahy to sit down for a few minutes to talk about airshow safety.

John has been the president of the International Council of Air Shows, Inc. (“ICAS”) since 1997. I’ve heard him speak at the annual convention in Las Vegas for the past two years and I’m returning to Las Vegas again this December.

John is one of those people who has always been on my list of people to bring onto the show at some appropriate time. I had thoughts of bringing him on as a part of the upcoming episode encapsulating my experience attending ICAS’s Airshows 101 class at the last convention. But the events of the summer conspired to make it more important to bring John onto the show now to talk about the ICAS safety culture.

In this interview, John gives you a recap of the history of airshow safety in North America and talks fully and frankly about how the airshow community discusses, addresses, and lives with risk. He identifies the differences between airshow operations and air race operations. And he talks about safety from the standpoint of the crowd and that of the performers themselves.

One note on the audio: In the early going, John differentiates air race and air show operations, but probably misspeaks and says “air show” when he means to say “air race.” But the context makes the audio pretty clear in spite of the transposition.

The photo that leads these show notes is of ICAS member and air boss George Cline (www.airbossinc.com) presenting the Airshows 101 course at the ICAS Convention in 2009. Airshows 101 is a day-long introductory course that explains the basics of airshow logistics, layout, regulatory approvals, and other important information for newer members of airshow organizers. I covered the event in 2009 and attended as a full-up paid student in 2010.

Posted by Stephen Force (Steve Tupper) at 9:08 AM