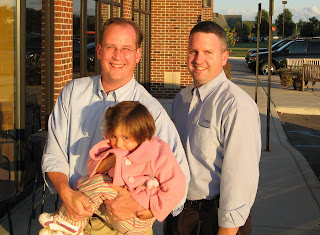 This is a regular blog post. Please check out the other posts if you’re looking for show notes or links to show audio.

David Allen from The Pilot’s Flight Podlog was in town on business on Tuesday, so we got together at Panera Bread for dinner and to shoot the bull. Ella joined us. Good time! 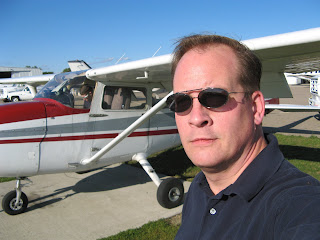 I flew with Andy Mawdsley of Flight 101 at KPTK to get checked out to fly the Cessnas there. Something line 2.2 in N9926Q hours getting familiar with the aircraft and the avionics. Most or all of the Flight 101 C-172s are equipped with Garmin 430s and the panels are a little different from what I’ve flown in the past, so I wanted to get familiar with the aircraft in addition to getting checked out to rent Flight 101’s aircraft. I had not flown an instrument approach in a C-172 since February 20 and had not flown any instrument approach at all since the multi rating on April 20 or so. I was really pleased that I ended up really flying them well. For the most part, needle departures of 1/2 deflection or less with most of the time being within two dots. 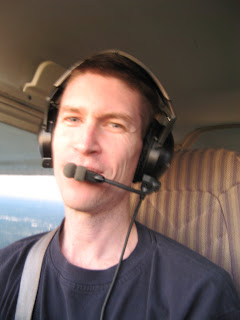 Andy in the cockpit while being vectored outbound before the ILS 9R at KPTK. It was pretty dark and I didn’t use flash, so it’s a little blurry, but what the heck. Andy (Dr. Mawdsley!) is a pleasant guy with whom to fly. Rode me appropriately for the more prominent altitude or directional deviations and was really helpful in explaining the Garmin.

We had intermittent radio problems at KFNT and ended up switching to COM 2 after COM 1 failed during the final phases of the second the ILR 9. No biggie. 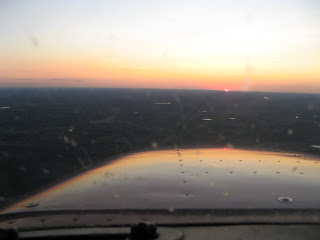 A shot of the sunset while being vectored outbound for the ILS 9R at KPTK. Not a bad shot for a guy under the hood and just holding the camera above the dash. 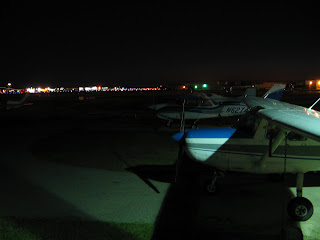 A shot of the flight line bracing the camera on the fence. Airports are so pretty at night! The parking lot light gives you just enough light to be able to see the aircraft and the lights from the other side of the airport are gorgeous. Nothing else looks like an airport at night.

Posted by Stephen Force (Steve Tupper) at 6:59 AM