Aerobatics and the Super Decathlon with Greg Koontz 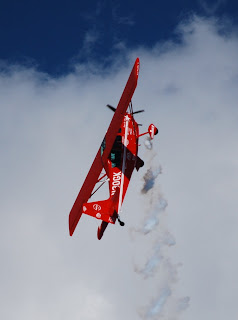 These are the show notes to an audio episode. You can listen online right here by clicking: http://media.libsyn.com/media/airspeed/AirspeedKoontz.mp3.

Greg Koontz is a 22,000-hour pilot with 7,000 hours of instruction given. He performs aerobatics across the country every summer both individually and as a part of The Alabama Boys. 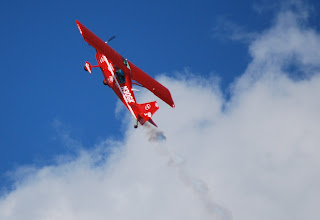 Greg has been performing in airshows since 1974, when he joined Col. Moser’s Flying Circus and learned his trademark maneuvers from the best in the business. Greg has two outstanding acts that he brings to the show: A breathtaking aerobatic demonstration in the Super Decathlon, and a side-splitting comedy routine where Greg as Alabama redneck Clem Cleaver "steals" a Piper Cub and lands on the World's Smallest Airport; a moving pickup truck. 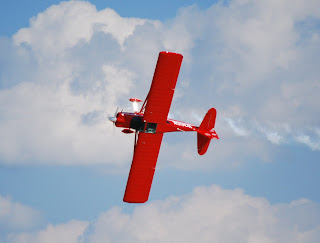 I saw Greg twice last year (Battle Creek and Oshkosh) and was really impressed with his flying. No problem with the F-16s, F/A-18s or anyone else, but Greg flies an aircraft that I can actually go rent at Sutton Aviation and learn to fly - the American Campion Super Decathlon. I get to see the envelope of a plane that I can actually go explore when I get home.
Like I said – no flies on the F-15, but it's hard to find one for rent.

Greg and I took 40 minutes or so to talk about aerobatics, the Super-D, airshows, training, and why we fly. Couldn’t ask to talk to a nicer, more regular guy. Truly an honor to know that guys like this can do things like that with airplanes that I can fly. 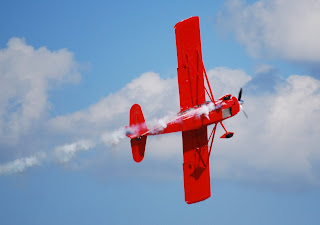 aerobatics videos and air races plus more, nice read on this blog thanks.