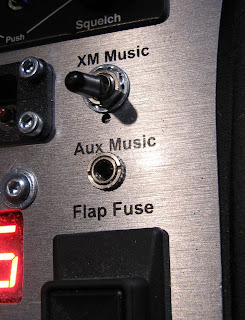 These are the show notes to an audio episode. You can listen online right here by clicking: http://media.libsyn.com/media/airspeed/AirspeedMusic3.mp3.

It’s high time to do another music episode of Airspeed and we have a great lineup for you today. As you know, I like to plug my iPod into the AUX input of the airplane’s panel whenever I can and have a soundtrack to my flight.

Note that, as inspiring as music can be, it can also be a distraction and might keep you from hearing important radio calls. Be absolutely sure that the music doesn’t distract you or interfere with any radio or intercom communication. You are the pilot in command and you’re ultimately responsible for the safety of your flight, so act accordingly.

First up is Solas with Coconut Dog and Morning Dew. I’ve always loved most music that requires motor skills to play and Solas delivers that in spades with its particular brand of Celtic music. My uncle turned me on to Solas when I was in Boston in 2007 for Civil Air Patrol National Legal Officer College. I was also finishing up my instrument rating and preparing for the checkride at the time and this tune from “Reunion: A Decade of Solas” became my theme music for the instrument checkride. I particularly like Seamus Egan’s guitar run about two thirds of the way through the tune because it’s intricate, it’s played well, and it’s back by knuckle-dragging triplets by the persussion. I’m the only guy I know who plays air bodhrán (pron. bow-rawn) and this piece should give you an indication of why.

Many of you know that Liquid Tension Experiment’s second album is my perennial “blare-in-the-car-on-the-way-to-airshow” music. I really enjoy the mix of syncopation and change-ups among the really solid and driving stuff that you can really get your teeth into. This is the music I most closely associate with flying aerobatics. All adrenaline but under precise control. This is Acid Rain. Check it out.

And, by the way, this tune gets the Airspeed award for best use of a cowbell in progressive rock. You gotta hear this. Huge, monumental buildup, a whack on the cowbell, and then off into more crunchy groove.

I tweet every once in awhile about the Grand Valley State University’s recording of Steve Reich’s Music for 18 Musicians. It is what the title says. It’s a minimalist meditation on a cycle of 11 chords, mostly in a stream of 16th notes. It requires cello, violin, two clarinets, two bass clarinets, four pianos, three marimbas, two xylophones, a metallophone, and four women's voices. You can’t actually play it with only 18 people unless several of the musicians double up on instruments. The piece is something like 45 minutes long and beautifully augments the parmonies as the pulses ebb and flow.

This piece is what it sounds like inside my head all the time. This music is almost transparent to me. It’s just there and fits right in with whatever I’m doing - tweaking little neurons from time to time when it hits something sympathetic. I don’t even have to pay attention to it. It just envelopes me and tells me that it’s there.

Ever read Louis Sarchar’s Sideways Stories from Wayside School? There’s a story in which Mrs. Jewels brings in Maurecia-flavored ice cream. Everyone thinks it tastes great, except that Maurecia can’t taste I because it’s – well – Maurecia-flavored. If I can take a liberty and say that Maurecia liked the ice cream a great deal because it was her best essence at some level and that it made her feel centered, balanced, creative, and ready for anything, then Music for 18 Musicians is Steve-flavored music. Here’s a snippet from Section VII.

This is way too short to give you more than the smallest taste. It’s out on SACD and it costs twice what a regular CD does, but it’s worth every penny. Go get this music.

Rush – Out of the Cradle

I’ve been a Rush fan since 1985 when my friend lent me a tape of “Exit Stage Left.” I think I prefer the “Signals” era most, but I have every album since then, including all of the live ones and I like them all.

Guitarist Alex Lifeson is a pilot and is, no doubt, the driving force behind the classic instrumental YYZ. Listen to the opening rhythm of YYZ. It’s the Morse code identifier for a VOR near Toronto. How cool is that?

But my musical adrenaline comes from drummer Neil Peart. I’ve been reading Neil’s book, Roadshow: Landscape with Drums and it’s fascinating to find about what goes into a rock tour of that size. I’ll definitely pick up Ghost Rider and Traveling Music, his other two books, soon.

There are no flies on Geddy or Alex, but I go to Rush shows to see Neil. I understand from reading Neil’s book so far that he’s uncomfortable with being called the greatest rock drummer ever. Okay, he’s a journeyman who takes his work seriously and I get that he might be uncomfortable with such characterizations. But Neil, I’d be lying if I said that you weren’t my favorite drummer. I hope that’s okay. And thank you very much for all you’ve done for me and others over the years. I know that Neil is a private guy and I respect that. But if you happen to know Neil and it’s convenient, please mention these small and grateful words to him.

The Rush piece that I’m featuring here comes as a little bit of a surprise. I hit me just right as I was waiting in line to pay for my sandwich at the Bloomfield Deli this year. It’s "Out of the Cradle," the last tune on Vapor Trails. It starts out with a percussive bit on the bass that oozes anticipation and energy and quickly builds into the song proper. And Neil gives it two thumps on the tom on the one and two counts just before the vocals come in. Bomp, bomp.

And my favorite moment of the song comes after the first chorus. The band just lets the basic groove happen for a few bars. Too few bands do that. Just let you recover from the chorus and gather up the energy to head into the next phase.

I still get nervous before I fly. All smart pilots do. To shake that off and take command of the ramp, I stomp on the pavement. Sumo style if you will. Bomp, bomp. To that same one-two that Neil plays. Flight is about humankind’s departure from the cradle. This song is very nearly perfect for flying in that respect. After your next preflight, walk away from the airplane a few steps, clear your mind, look around the ramp, and then stomp on it. Bomp, bomp. Surge of energy. Spark of inspiration.

I first heard California Guitar Trio on public radio while working late one night in 1999. I bought the album “An Opening Act” shortly thereafter and listened to it a lot. It’s all live and recorded during one or more dates upon which the trio opened for King Crimson. One particular tune, Punta Patri, has a really powerful part to it. Take a listen . . .

I really like the driving guitars and the layered sound. Kind of hard to believe that it’s just three acoustic guitars.

I first identified this at the Wayne State University Law School’s library while I was researching some state regulatory schemes on service contracts. The Tom Hanks –produced miniseries From the Earth to the Moon was fresh in my mind at the time and all I could think of as I listened to that part was an Apollo Saturn V launch. The last major built-in hold for the Apollo-era launches was at T-minus 2:00. Interestingly enough, the really dramatic part of Punta Patri takes place two minutes into the piece. I choose to think that it’s not a coincidence. To hear it the way I hear it, let me superimpose audio from the Apollo 14 launch and you tell me what you think.

Yeah, I thought so. Really powerful stuff and wonderful use of acoustic guitars.

Theme From Milliways (Go for TMI)

Lastly, I’m pretty excited to over you this, an original composition. For those familiar with the Airspeed episode from October of 2006 called “First Solo,” this is the music from it.

I originally wrote it on a Martin Backpacker guitar tuned DADGAD. It’s named after Douglas Adams’ fictional restaurant at the end of the universe and for the cabin in Northern Michigan that belongs to my friend and legal mentor. The “Go for TMI” part got added when I decided to make it a part of my upcoming album, Songs from the Sheffield – The First folk Music of the Journey to Mars and Back. When the Apollo missions went to the moon, they first boosted into Earth orbit and then did a burn that sent them on a trajectory to the moon. “Trans-Lunar Injection” or “TLI.” I presume that “TMI” is therefore an appropriate term for the big burn that sends the spacecraft to Mars.

I sent all of the tracks to audio wizard Scott Cannizzaro a month or so ago and asked him to remix it a little and augment is as he saw fit so that I can make it available to Will and Rico of Wilco Films for use in the upcoming independent film, A Pilot’s Story. What came back was really amazing. I’ll play a little of my initial recording done in my basement and then play the whole thing as remixed by Scott.

[Theme from Milliways (Go for TMI)]

Check out Scott Cannizzaro at http://www.nycmixer.com/

Posted by Stephen Force (Steve Tupper) at 10:09 AM