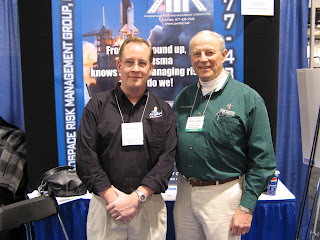 This is a regular blog post. Check out show notes and links to show audio in the other posts.

I spent Friday and Saturday at the Great Lakes Aviation Conference in Novi, Michigan hitting lectures, checking out products, and running into new and old friends on the show floor.

As shown above, I got to meet Jack Lousma, one of the “Original 19” astronauts. The Original 19 was the fifth group, so named tongue-in-cheek because of the size of the class and the perceived lack of novelty of a new astronaut class. The Original 19 would more than prove themselves, not least by preceding many members of Class 4, who were scientists and took additional time to become jet qualified, whereas most, if not all, of the Original 19 were jet qualified from early in their military careers.

Lousma was the pilot for Skylab 3 and commander of STS-3. He has logged more than 7,000 hours of flight time, including 700 hours in general aviation aircraft, 1619 hours in space, 4,500 hours in jet aircraft, and 240 hours in helicopters. And I should mention that he’s as approachable as anyone you’d ever want to meet at your local airport. 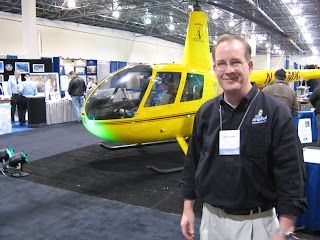 There were four aircraft on the floor – The Robinson R44 shown here and fixed-wing aircraft (or mockups thereof) from FlightDesign, Cirrus, and Orion. 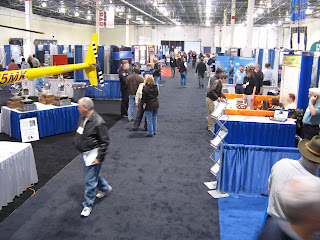 Attendance was pretty thin. This is my first time attending. I’ve registered and paid for three years, but was unable to attend the last two years because work dragged me back to the office instead. But it seemed pretty thin both Friday and Saturday. This picture isn’t necessarily indicative – things were a little busier than this, but not a lot more. GA is having its issues all over the country, and I guess I shouldn’t be surprised that it would get the double whammy by being in southeast Michigan. 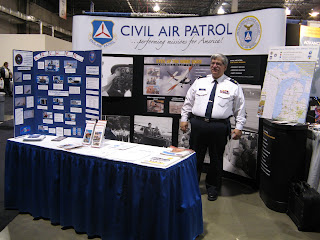 CAP was there in force, which was great. I got the chance to see Capt Mike Sandstrom, former Swedish Air Force pilot and currently public affairs officer and mission pilot of the Kellogg Senior Squadron. 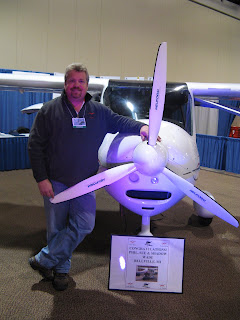 Particularly nice was getting to see James Schebner of Hillsdale Aero. Hillsdale Aero is a distributor of the FlightDesign CT, pictured above. James was instrumental in answering questions about the CT when there was a real possibility of repositioning a listener’s new aircraft from Ohio to Idaho or Arizona this fall. It would have been an epic series of episodes, but the listener elected not to go through with the purchase. Can’t blame him, given the economy and the outlook at the time.

I’ve decided to head to Hillsdale this summer and get some time in the CT. For a couple of reasons. First, I’ve never flown a light sport aircraft and the CT is a very capable LSA and probably indicative of the high end of the LSA offerings. It would be a great opportunity to report firsthand on LSAs. Second, and maybe more importantly, the fact that all of the newer CTs sport BRS ballistic parachute systems might be the thing that gets Mary to let me fly Cole. Hillsdale Aero’s trainer at the moment doesn’t have a chute, but the company gets new aircraft in from time to time. I’m thinking about getting the required five hours in and then, if Mary green-lights it, taking Cole to Hillsdale when they get a BRS-equipped aircraft on the line.

I talked it over with chief flight instructor Ginger Moore and she seemed to think that that might be a good plan. Besides, visibility in the CT is excellent and it’d let Cole see better during the flight. And, yeah, if we get up, he’s getting stick time. Closely-supervised stick time with me on the controls simultaneously, but stick time nevertheless. Yeah!

Posted by Stephen Force (Steve Tupper) at 8:02 AM

Thanks for the report on the conference. I had thought about going over the last few years and even had the chance to get a free pass this year, but I'm at a new job and don't have the extra vacation time to spare yet. It was interesting that Jack Lousma was there. Shortly after STS-3, he made some PR appearances in the Grand Rapids area, including giving a speech at my elementary school which he had attended as a child.