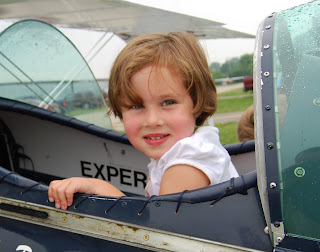 These are the show notes to an audio episode. You can listen online right here by clicking: http://media.libsyn.com/media/airspeed/AirspeedEleanorFlies.mp3.

Okay, this might be overshare, but I thought that I’d share it anyway. Not a lot of 100LL or JP-8 in this episode, but maybe some hypergolics and other propellants.

I grew up with folk music of many kinds. My godfather is a folk musician who occupied my parents' couch for some time in the 1960s. Both of my parents made genuine attempts to play and sing, even if they never bought into a lot of the words.

If you don’t know what a hootenanny or fake book is, then you and I probably came away from the movie A Mighty Wind with much different impressions. I lived a little of that. Yes, some of the music in my housewas a form of child abuse. But the rest was amazing. I was ten years old before I realized that Tom Paxton, Tom Rush, and Bob Gibson weren’t necessarily household names.

I got my first guitar at the age of six. I started alto sax at 10. Drums at 12. I’ve never become particularly good at any instrument but, in the course of the last 20 years or so, I’ve become passable on about a dozen instruments.

About five years ago, I began collecting small instruments. I like them because they’re portable and I like the sounds that most of them make. I think that the mandolin is about the sweetest-sounding instrument on (or off) the planet. I’m not very good at it, but I amuse myself with it. That’s me on mando on the theme music, by the way. I also picked up a set of shuttlepipes, a very small version of the bagpipes with a concert A chanter and two drones encased in a box about the size and shape of a baking power can.

If you were at Firebase Airspeed over the last two years at Oshkosh, you know that I usually pack up six or seven small instruments and bring them along in the hopes of launching ad hoc jam sessions of the kind that erupted when Jason Miller, Kent Shook, and others visited one night.

About five years ago, I was thinking about interplanetary travel. As busy as the first mission to Mars is going to be at times, it’s also going to be very boring at times, especially in the cruise phase to and from the red planet. That would make for exactly the kinds of gaps and spaces in which pioneers and voyageurs of all ages have written, played, and sung enduring folk music.

Hey, what would the folk music of a journey to mars and back be like? The instruments would have to be small enough and light enough that the astronauts could take them along in their personal volume and mass allotments (and we’re talking about decisions like cutting off all of your hair so you can take along an extra set of mandolin strings). And you couldn’t really use instruments that you couldn’t effectively play in microgravity.

So I kept on acquiring little instruments when the opportunity arose. Like the Ashbory bass with its 18” scale length and silicone strings. Or the Kikkerland hand-cranked music box mechanism that comes with paper tapes that you punch and then crank them through the music box.

So I decided to do an album project. Songs from the Sheffield: The First Folk Music of the Journey to Mars and Back. Theme from Milliways, which you heard in the last music episode, was the first tune and I need to re-record that on the smaller instruments for the project.

With a busy work schedule, flight training, airshows, and a great family, I’m generally too busy to lower myself into the musical well for more than about a song at a time. I know, cry me a river, Steve. Everybody’s busy.

But in November of 2007, I heard a piece on PRI’s Studio 360 about The MacDowell Colony. It’s the oldest artists’ colony in north America. It’s located on more than 400 acres near Peterborough, New Hampshire. The application process is tough and I gather that about one in eight applicants are accepted. But, if you get a residency, you get a studio out in the woods for between two and eight weeks do your art. No phone. No cellular signal. No other buildings within sight. A magical person named Blake Tewksbury sneaks up to your studio door at lunch time and leaves a picnic basket for you. In the evenings, you head to the main house and have dinner with the other artists, who might be composers, novelists, architects, painters – you name it.

Who knows. You might get the studio where Thornton Wilder wrote Our Town. Or the studio where Aaron Copland wrote Billy the Kid. Check out the short film MacDowell Moments at the colony's website for a great overview.

Or you might get the studio where Steve wrote that piece that gets played after dinner all the time in the crew quarters on the way back from Mars.

That’s the idea, anyway. I’ve been planning for more than a year to apply for a residency and this is it. The deadline is April 15 and I’m putting the finishing touches on the application right now.

It seems unlikely that I’ll actually get in, especially in light of the caliber of the artists that they usually choose. But a MacDowell residency with that two weeks of solid, solitary, and protected opportunity seems to be the only chance of getting it all out of my head, on paper, and onto a hard drive. Can you imagine two weeks in a studio in the woods fully of tiny instruments, a few microphones, and a MacBook Pro?

I’m applying as an interdisciplinary artist and I have to submit two samples of my work. Sometimes Alternates Fly is going to be one. I thought that the other should be an example of the kind of song that I’m going to write. There are going to be raucous songs making fun of flight surgeons and noble ballads about exploration, but the one that immediately came to mind deals with the long separation from friends and family that any interplanetary journey necessarily involves.

It’s called Eleanor Flies and it comes directly from imagining how I’d feel if I were on the outbound leg of a Mars mission, having recently left my four-year-old daughter, Ella, (pictured at the top of this blog entry) knowing that she’d be pushing seven before I returned. 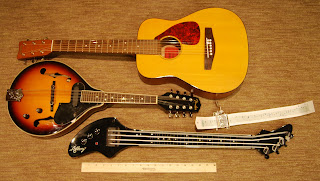 As will shortly become clear from the demo recording, I’m not applying to MacDowell as a vocalist. Or a performing musician for that matter. The instrumental parts are a little rough and my furnace decided to add a little realism to the session by dying the night before I started recording. I recorded the whole thing crouched in front of a little electric space heater. But, then again, this project is about imagining the constraints of making music in the process of making the big journey. Taking the next step. The people who will play and sing whatever music comes out of the trip will, after all, be pilots and mission specialists first and musicians second, if at all.

Maybe a lawyer and pilot crouched in his basement over a space heater cranking a music box mechanism on a banjo head or trying to get his fingers to work in the cold while playing mandolin is a pretty good proxy for what we can expect. Regardless, I know for sure that it’s a good proxy for those who dream a little harder than most about this stuff and care about it more than they can say among the usual cocktail crowd that they encounter.

So take a seat right over here on the bulkhead in Cargo Area Charlie. I know it looks like a suburban basement with a tangle of cables running all over the place and a little space heater in the middle.

But close your eyes and imagine with me. It’s not hard. I know.

Download a full 256 MP3 version of the song here: http://media.libsyn.com/media/airspeed/EleanorFliesSongOnly.mp3

Great job on the song Steve! I hope you get the grant to the colony, that would be yet another experience for you. Lets hope the Mars mission happens sooner than later, and perhaps with your sheet music going along for the ride as the official soundtrack.

Thanks so much for sharing! As both an aspiring pilot and musician myself this episode particularly got to me.
Great job on the song, the music box was a really nice touch!

Darn you -- I have an almost 4yo girl myself and you almost caused a car wreck b/c I teared up listening to this on the road.

Good luck on the application.