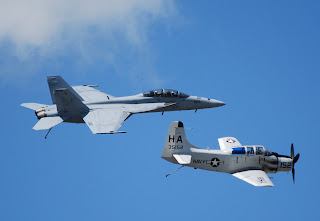 Ella and I are back from Sun ‘N Fun 2009 and a side trip to Kennedy Space Center. Heck of a good time.

Ella’s least favorite (and one of my most favorite) of the day was the USN F/A-18F Super Hornet East Demo Team, shown above in the Heritage Flight phase of the flight. Sun ‘N Fun is a little easier to photograph because the sun is a bit more behind you and you can shoot to the right from the announcer’s stand and get a much better sun angle than some other venues. 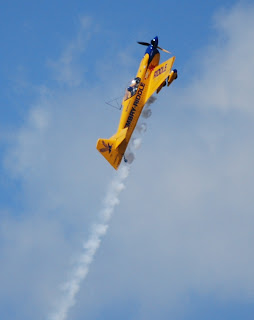 Matt Chapman flew his Eagle 580 to the edges of the envelope again. Really nice low-energy maneuvers and masterful handling of the aircraft. I’m not sure that many of those watching really understand what it takes to do some of the really slow stuff, but I was amazed. Embry-Riddle Eagle 580. Lycoming IO-580 engine, 330hp. 1,300 lbs. 400 degrees/second roll rate. +/- 10 gees. Yeah! 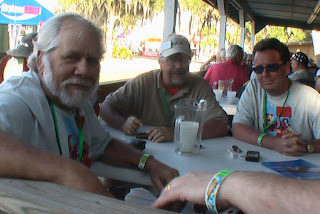 The Uncontrolled Airspace team was in full attendance for two episodes of its show and to run the Gathering of Aviation Podcasters on Friday. Good to see Jack, Jeb, and Dave all in one place! 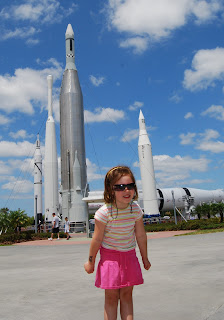 Ella and I took Sunday and headed over to Kennedy Space Center. She’s not huge into the whole space thing, but, then again, she’s four years old and was a champ about everything. Here she is in the rocket garden just after arriving. There’s a dearth of family rest rooms throughout the center (rough for daddy-daughter pairs trying to navigate the premises), so we rode the fine line between not needing the facilities too often and dehydration. 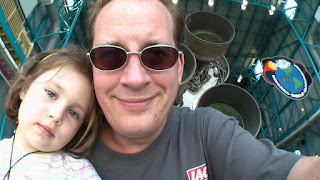 I have pictures of her with the Saturn V from a January 2006 visit to KSC when she was 13 months old. I took another few of her in roughly the same position at the aft end of the first stage for comparison and I think we’re going to try to keep doing that for years to some. In the meantime. Here’s one of the both of us (which might also develop into a tradition).

I grew up near the Huntsville Space and Rocket Center. I love checking out those static displays.

Lovely pict of the two of you. Tell Ella, I used the coin of "Transformative Power of Flight" and found a way to visit her. Sending a big hug and a virtural bow for her hair