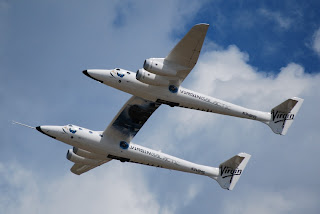 We’re here! A little late for that announcement, but it’s true.

Finally got to run around the show grounds today. White Knight II flew a few passes while we were having lunch and both Cole and I dropped our food and started snapping pictures. The sun is in a pretty good position for photography, even though the cloud cover was a little heavy. 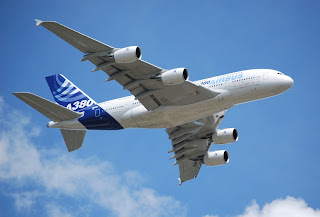 And the A380 flew a demo. Really amazing how slowly it appeared to (and did) fly over the show grounds. Airliners really aren’t my thing, but it’s the most notable aircraft at the show this year and I suppose I feel compelled to post a shot of it. Impressive for what it is. But others will cover it better. And they’re not going to let me fly it anyway. 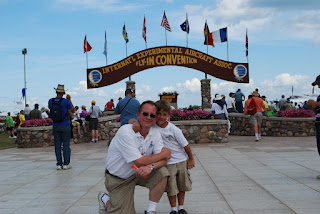 Here’s a first. The big arch is down this year, so Cole and I did the annual picture at the old brown arch. We had just gone to the Warbird Area and were returning to the campsite to grab the deat for Podapalooza.

More as I’m able to get to the keyboard!

Posted by Stephen Force (Steve Tupper) at 1:33 AM