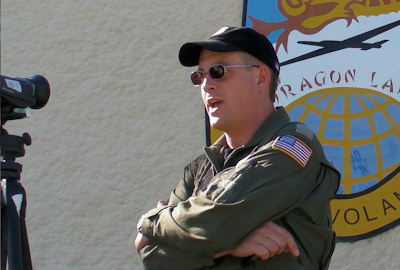 This is a regular blog post. If you're looking for show notes or links to show audio and video, please look at the other posts.
I just received a couple of DVDs from Jo Hunter containing offloads of the video that she shot at Beale AFB during the T-38 ride. Lots of her video is going to be useful in places in the episode. The shot above is an additional angle. The primary angle is handled by the camera that you see on the left edge of the frame. 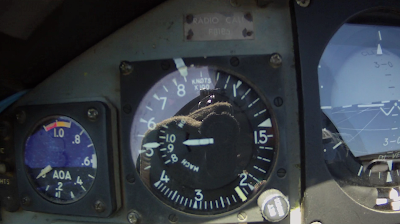 Here's a shot of the altimeter/mach meter at our peak speed (on the way from the coast back to the MOA to go do some acro). Approx. 520 KIAS and Mach 0.94. Yeah, baby! New personal best for me. But don't think that I wasn't eyeing that "1.0" longingly. 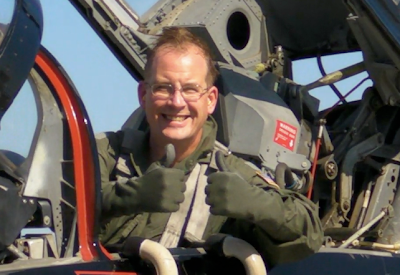 Can't resist giving the thumbs-up after the ride. Jo caught this one on video, but I'll bet that she has a good still of it as well. 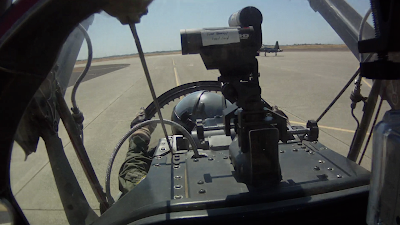 Here's a shot with the hand-held camera in the back of the aircraft. It shows the ContourHDs mounted up front in my cockpit - one looking forward and the other looking at the aircraft's 9 o'clock. The view from the front-facing camera is great for capturing the forward view, but only captures the top of LtCol MacLeod's head. Good for forward visibility but, if I had it to do over again, I'd probably aim the camera down about 15 degrees to capture the front cockpit. No worries, though! It's going to be a really good episode!
Posted by Stephen Force (Steve Tupper) at 1:51 PM