"Having the Fish" with Jetwhiner and Airplane Geek Rob Mark 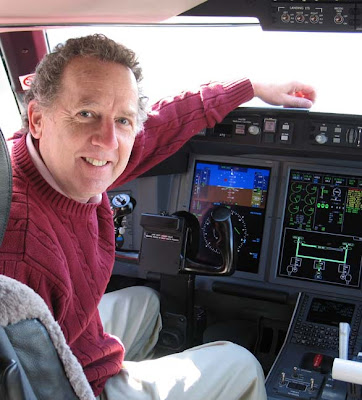 There are the show notes to an audio episode. You can listen to the show audio by clicking here: http://traffic.libsyn.com/airspeed/AirspeedHaveTheFish.mp3. Better yet, subscribe to Airspeed through iTunes or your other favorite podcatcher. It’s all free.

You're probably familiar with my #havethefish hashtag on Twitter and/or that longstanding and nearly universal fantasy of non-airline pilots involving both pilots on an airline flight becoming incapacitated and said non-airline-driver being called up to the cockpit and heroically landing the airplane (to the applause and adoration of all aboard, to say nothing of the rest of the world). Something a-la Executive Decision (http://www.imdb.com/title/tt0116253/). I've long wanted to have a current or former airline driver or two on Airspeed to take a more technical look at that fantasy.

Given a good airplane in cruise at altitude with plenty of fuel, good comm, CAVU day conditions at the destination, and someone on the ground with knowledge of the airplane to talk him down (a-la the King Air off of Marco Island a couple of years ago), what are the chances that a, say, 300-hour instrument-rated private pilot could sit down in the left seat and land the aircraft with the airplane and pax having a reasonable chance of being reusable?

Rob and I talk through the scenario from sitting down in the left seat to how much braking to do.

More information about Rob and his other projects:

It's an enjoyable fantasy, isn't it?

The Mythbusters did this in the sim. Both are not pilots and first attempt with no help they stuffed up.

Then they got an IP (training captain, I believe) to talk them down. The IP did not see any of the sim's screens, he had to ask them what they were seeing and give instructions.

Both landed it manual in a reusable maner. Imagine how well a 300hr pilot with help would do!

But at the end the IP said if this were for real he would simply have them punch the destination into the FMS and have them select approach on the A/P.

If any pilot dreams of this, the first thing they should do is go get a cockpit video (erm, DVD) from Just Planes or ITVV. They take you on the cockpit like you're on the jumpset and in the good ones, the crew work you through all the screens & systems. Watch a couple of these and it'll really help if you wind up in the front.

Another step that'll help is to get some time in an airliner sim. Here in Australia (or New Zealand, Hong Kong & Singapore) there's a company called Flight Experience that have a B737-800 fixed-base sim that lets you fly the thing (with an instructor) and get a feel for what it'd be like.

Between these two, you'll know just what to do which, as mentioned above, is to punch in the airport & approach on the FMC then say "Land it" to the computer. From that point, just sit back and watch (a CAT III autoland in zero-viz is amazing! :)