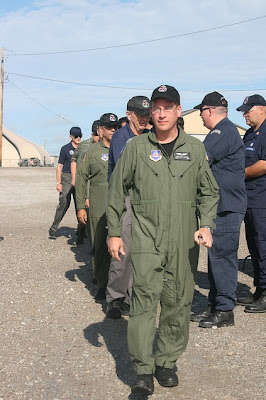 This is a regular blog post. If you’re looking for show notes or links to show audio, please check out the other entries. They’re all here!

Part 2 of the NESA coverage is coming along, slowly but surely. It’s about 12,000 words at the moment and shows little sign of slowing before it has topped 15,000. It’ll be another characteristic epic-length Airspeed episode. And that’s a good thing.

As many of you know, I attended the Mission Aircrew School at CAP’s National Emergency Services Academy at Camp Atterbury in Indiana this year as part of the Mission Pilot track. I really don’t want to hurry the episode out of my head. There’s a nice stew of ideas in there and the prose only gets better with reflection. I rarely take an entire week off from work for any reason. The last time I did that was in 2005. So you can tell that I went down to Camp Atterbury with a mission to do the school and to get it right.

That resulted in a great experience and a lot learned in my first real taste of CAP operations. Flying a SAR pattern to within 50 feet laterally and vertically by GPS raw data without touching the yoke except to turn for the next swath of the lawn. All while sweating profusely with a demanding IP in the back and having to take a leak most of the time. Genuine bandwidth challenges.

And the reflective belts, all-ranks club, death by PowerPoint, and all of the other elements that have given Dos Gringos’ SOS new meaning. Yeah, I almost made a red hat disappear while I was there. So the episode is coming along and it’ll likely be one of the next two to hit the feed. And I’ll update you if it’ll be longer than that.

Information about this year’s NESA is available at http://www.nesa.cap.gov/.

Posted by Stephen Force (Steve Tupper) at 11:07 AM