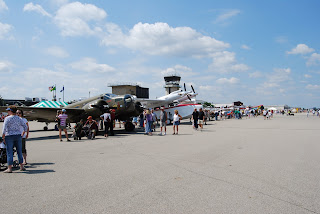 This is a regular blog post. Check out the other posts for links to show notes and show audio.

I spent the day yesterday at the Oakland County International Airport (KPTK) open house. It’s my home airport and I take a great deal of pride in showing it off to the neighbors.

Lower attendance that in years past. The publicity for it was almost nonexistent, which is disappointing, but the airport community itself was out in force and talking up GA to anyone who would listen. 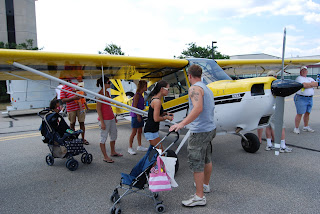 N157AC was on the ramp, which was very cool. It’s nice to walk around on the ramp, point to an airplane, and say “I was upside down in that yesterday!” I really love this aircraft. In fact, I haven’t gotten over to Flight 101 to get checked out to fly their 172s and 152s so that I have a place to rent airplanes. It’s been too much fun doing tailwheel training and aerobatics with Barry Sutton. 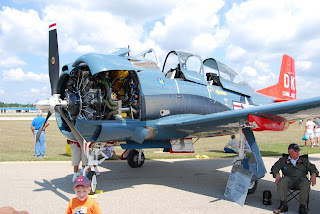 Here’s a North American T28B Trogajan owned by a guy from Milford. I can’t get over how stubby the airplane is. Huge engine and apparently great visibility from the cockpit. I’m glad that he opened the cowling because that engine is really impressive. 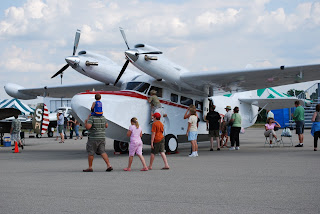 The airport has a number of lakes around it in the Class D and you hear floatplanes and amphibs calling in on the tower frequency. Sometimes you see an aircraft landing on the lake to the north and it’s weird when you see it from the ramp to the south because the aircraft disappears behind the trees to the north of the airport. But then it pops back up and you remember that it’s an amphib.

Here’s a really cool-looking amphib that was on the ramp. Usually, I search the tail number to figure out what kind of aircraft it is, but I realized this morning that I had no pictures with the tail number fully visible. Still, I think the picture belongs in the post. 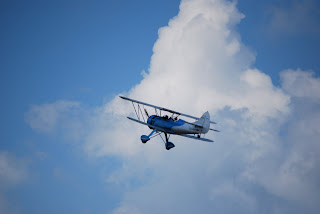 A Waco UPF-7 registered to Romeo Sport Flying LLC. This aircraft was giving rides, as were several of the line 172s from Flight 101 and helicopters from the field. Good to get the public up and give them a taste of GA!

Posted by Stephen Force (Steve Tupper) at 7:21 AM