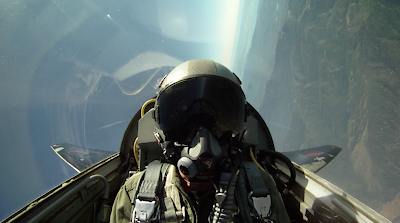 This is a regular blog post. Looking for show notes or links to audio and video for episodes? You’ve come to the right place! Just keep browsing.


Okay, I think my head is back from Vegas and ICAS 2010. Great convention, lots of contacts made, and lots of friends revisited.

And lots on the hot plate for the next few weeks. Don, Barry, and I go into the studio on Friday to record parts of the Acro Camp movie soundtrack. I have all of the basic tracks down, but the real magic won’t happen until we’re all together with the instruments set up and the click track begins.

And I’m close to finishing the episode covering the T-38A flight with the 9th Reconnaissance Wing at Beale AFB. With that one, it’s an embarrassment of riches because of all of the great audio and video we captured. It’s no longer an issues of having a long episode. It’s an issue of how to make it shorter and more concise.

Rod Rakic and I will also likely record Part II of the Zero-to-Hero series, covering his intensive instrument and commercial training and me covering my multi-engine rating and DC-3 type school.

And there’s B-17 footage, Huey footage, and other great eye candy still in the can that I need to edit and get out into the feed.

I cant say enough things about this audience. Truth be told, I’d do this for my own benefit even if none of you tuned in. But knowing that there are thousands of you out there who really understand this stuff and care about it makes it that much more exciting. I’ll be channeling you guys in the studio on Friday and gain over the editing desk with the T-38A episode.