Airspeed Comes Up for Air 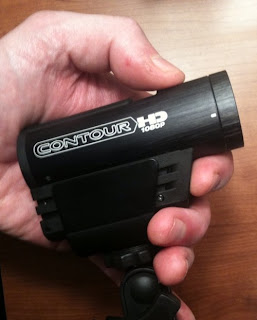 This is a regular blog entry. If you’re looking for show notes or links to show audio or video, please check out the other entries.

You might be wondering, “Where the heck is Airspeed?” And you could be forgiven for wondering that. I haven’t gotten a new episode out for some time. But it’s all going to be worthwhile. I haven’t been idle!

Unless you’ve hidden your iPod under a rock, you know that I’ve been working on the Acro Camp movie project with virtually every spare moment of time. It turns out that there’s an unreal amount of stuff to get in order for making a movie. And, being that I’m both a lawyer and persnickety about how the legal structure of a project works, I’ve had to draft virtually every document from scratch after researching the subject matter pretty thoroughly.

But the hardest, and most important, part is getting the cast selected. And we’re done with that. We announced it on the Acro Camp site today after the fourth and final cast member confirmed availability. I’m really happy with the cast and I think that everyone is darned near perfect. 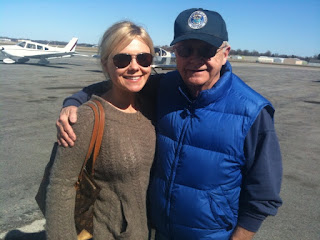 By happy coincidence, we were able to hook up with camper Michelle Kole and her dad, Ed Kole, at Jackson County Reynolds Field (KJXN) for lunch today. Michelle was visiting Ed in Chicagoland and they flew Ed’s Beech V35B, N6070S to Jackson. After lunch, Don gave Michelle a demo flight in the Opt-Air-managed Cirrus SR-22 and I got my first ride in a fork-tailed doctor killer (very ably flown by Ed and, in my humble opinion, not deserving of that moniker). 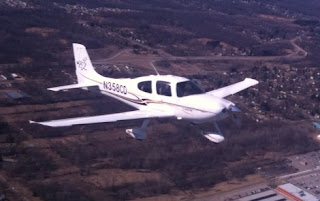 We departed as a flight of two and made the first 15 miles out of Jackson in formation with Don on our wing. Then Don (or maybe Michelle – who knows?) gave us a wing waggle and peeled off to go do the demo proper. Ed and I continued on to Oakland Troy Airport (KVLL), from which I dashed back to my vehicle and returned to the office before the clients could figure out that I was gone. Except for one client in particular who wanted to know all about the flight. (My favorite kind of client.)

Anyway, with the cast selected and all heading over to amazon.com to buy and read Geza Szurovy and Mike Goulian’s book, Basic Aerobatics, I can now concentrate on some of the other technical issues that I need to resolve before I feel confident about the filming.

Among the most pressing is the camera arrangement for the Pitts. Would you believe that an airplane as photogenic as the Pitts S-2B has no place in the cockpit to which to clamp a camera rig? Nowhere! It’s all business in there. I seem to recall from the photo mission with Billy Werth that I had a hard time finding a mounting spot, but I had chalked that up to the rush to get out on the photo mission. Apparently, there really isn’t anywhere to put the camera. Nowhere inside the cockpit, anyway.

So it looks like I’m going to need to put the camera outside the cockpit. That means, among other things, that I’m going to have to come up with an alternative camera setup. I went out and got a ContourHD (pictured at the beginning of this post), which gives a 135-degree view and is rated for full 1080p HD video. It’s small and it can probably handle the wind blast a little better than the Panasonics. I test-flew the unit this weekend inside the cockpit of a C-172 for video quality, breadth of view, battery life, and other considerations. I haven’t pulled the video off of it yet, but that’s on the agenda for the next few days.

It’s also becoming really apparent that I’m not going to be able to record cockpit audio with the same device that I use to record video. The Sanyo Xacti (the only camera that I have that has an audio input) is way too heavy to mount in an airplane that’s going to be pulling serious Gs. I think it’s going to be exclusively a ramp camera. So I’ll be buying at least one other MP3 recorder (probably another M-Audio MicroTrack with a 2GB flash card) and running the audio in parallel. And, because the Pitts probably has hardwired headset connectors, the campers are probably going to have to do the Pitts flights with a condenser mic taped behind their ears. (It’ll be easy to tell a cast member – Just look for the red spot behind the ear where repeated applications of gaffer tape have removed the epidermis).

Anyway, as much as I complain, these are wonderful problems to have. I love working through them. And the offers of assistance have been coming in with increasing frequency and breadth. I’m not doing this alone. In fact, this is going to be a massively parallel team effort.

Anyway, look for a couple of Airspeed episodes before the end of the month. And be assured that I wouldn’t leave you dangling if there weren’t really cool things going on.

(Like a certain ride with the US Air Force that’s approved and awaiting scheduling . . . Yeah, baby!)

Sir, I am a military photographer waiting on my first opportunity to fly in a T-6 Texan. This flight will take place in Iraq with an Iraqi Air Force pilot. Mr. Airspeed I would suggest mounting your camera's via opposing suction mounts on tandem bars to stop twisting during maneuvers.

Many thanks for the comment! I'm usually handicapped by lack of access to the aircraft in advance of the ride to scout out mount points. Additionally, I usually arrive at the aircraft with something like 10 minutes to meet the crew chief and talk him or her into such mount placement as i can manage. Crew chiefs tend to prefer hard mount points and rigs that aren't likely to come off under G stress and hit the rider (or worse, get stuck in the PCL, under a rudder pedal, in the canopy breaker control, etc.).

Maybe a few more of these rides will get me known a little better and let me have a little more leeway. In the meantime, I'm planning to show up with multiple cameras and mounts for the next ride. Should be pretty cool.

You're going to love the T-6A. It's such a great little go-kart! What a wonderful trainer!